The German company Daimler, which runs the Mercedes-Benz brand, intends to introduce hardware cryptocurrency wallets into its cars.

This became known from the press release of the company. For the development of a cryptocurrency solution, Daimler will collaborate with the blockchain project Riddle & Code. Together they will develop not only one wallet, but also the whole system on the blockchain.

The main task of the new software will be to provide a reliable and secure system for the identification of unmanned vehicles. In addition, the blockchain will store all the necessary state information about cars, including registration documents.

At this opportunity blockchain does not end there. Using a decentralized registry will allow unmanned vehicles to share data on road congestion, simplify carsharing and interact with elements of a smart city.

At the moment, more details about the wallet have been reported. Given that the project has only been initiated, it may take a year or more to develop it.

This is not the first blockchain project of Mercedes-Benz: at the end of February of this year, she began using distributed registry technology to track supply chains. Before the arrival of the blockchain, the whole system was complicated and confused, however, with its arrival, everything became much simpler.

Wed Jul 24 , 2019
The international interbank SWIFT system announced in a press release about the successful testing of instant cross-border transfers in the Asian region. 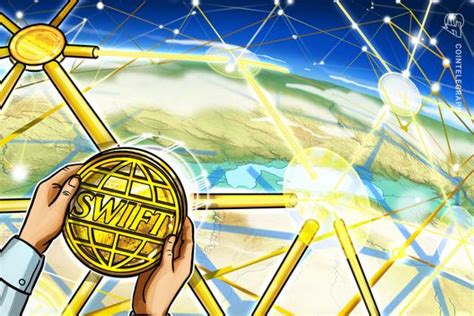