CGMiner — The most popular miner for GPU / FPGA / ASIC, CGminer is an open source GPU miner written in C and available on several platforms such as Windows, Linux and OS X. One of the things that make it extremely popular is the fact that it is based on the original Cpu Miner code. CGMiner It includes overclocking, monitoring, fan speed control and remote interface features. Other features include self-discovery of new blocks using a mini-database, binary cores, multi-GPU support, and mining processor support. There are many other features that you can find here on the official CGminer forum….

The first step is to install the latest version of the program, suitable for the operating system from any reliable source, and then the program needs to be prepared for work and set personal data for production in it.

The connection process begins with the selection of the optimal pool for mining. It is necessary to register, create a worker and identify the equipment, giving it any name.

Next, the pool must be connected to the program. All CGMiner settings are done through the console. In order not to make settings at each start, it is recommended to create a .bat file where a personal connection script will be written. Batovskiy file is created in a folder with software through notepad. The file itself is a text document that has the extension .bat and starts the execution of the connection script that the user prescribes.

The standard line connecting the miner to mining on the pool looks like this:

CGMiner is one of the few console clients that comes with detailed setup instructions. Users can familiarize themselves with it on the official GitHub page in order to correctly perform advanced production settings. The most important settings in the configuration are the following:

How to use CGMiner

After all the settings have been entered in .bat. file and saved in the folder with the software, this file must be opened by double-clicking. If everything is done correctly, then after opening a console window will appear.

CGMiner automatically connects to the pool, executing the configuration script specified in the file. The user can only leave his farm in this position.

An important feature of the program is that it can independently disable idle workers on the pool. The user is able to configure production according to the Load Balance and Round Robin strategies and independently set time periods for reconnection, create forced delays or change the width of vectors.

The program is designed for mining cryptocurrencies working on the Scrypt algorithm, which provides the ability to mine Litecoin or Dogecoin.

It is also possible to mine cryptocurrencies operating on the Cryptonight algorithm. Among these coins are the popular Monero cryptocurrency for mining, as well as Bytecoin and Aeoncoin, which have some advantages in mining compared to other coins, namely:

In addition, these cryptocurrencies have radically different principles of operation compared to Bitcoin, which causes a high interest in the cryptocurrency community and provides prospects for further growth.

In version 3.7.2. implemented the ability to mine cryptocurrencies running on the SHA-256 algorithm. Among these coins is Bitcoin.

Best of all, this software has proven itself in mining Litecoin and Monero on AMD GPUs. Software is not the best fit for mining Ethereum and using Nvidia GPUs.

After starting the program, it automatically executes the specified script and immediately connects to the extraction. For users, this has the appearance of a console window, which displays the hash of the mining farm and detailed mining statistics. After a few hours of work, you can safely go to the official website of the pool and check the results of mining in your personal account.

Statistics of the opened blocks will also be reflected in the console window. If something went wrong, that means an error was made when entering data into the configuration file. You should re-check everything and restart production.

Among the disadvantages of software, only the lack of a graphical interface can be distinguished, which makes connecting and configuring the program problematic for beginners.

Mon Feb 10 , 2020
This post is also available in: РусскийNiceHash Miner – is an advanced auto miner that supports the latest algorithms and miners. No need to view tons of configuration files, various versions of mining software, configuration settings or cryptocurrency coin market analysis. Auto-tuning for maximum performance and efficiency, automatic selection and […] 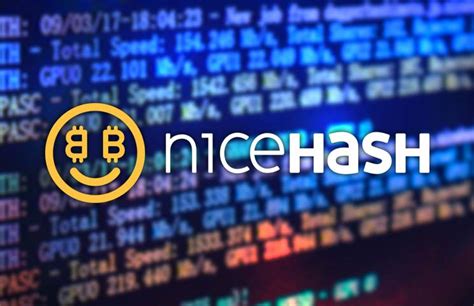