Read in today’s selection of news and events from the world of cryptocurrencies and mining from :

Binance will donate $ 1.5 million to help victims of the coronavirus epidemic in China

Cryptocurrency companies have expressed their willingness to help the people of China amid the outbreak of coronavirus 2019-nCoV. So, the Binance exchange will donate 10 million yuan ($ 1.44 million).

“It is unrealistic to transfer money in cryptocurrency to final recipients in Wuhan,” wrote Changpen Zhao, CEO of Binance, in response to a call from Matthew Graham, CEO of Sino Global Capital. – Binance has allocated 10 million yuan to help victims of the coronavirus. We did not advertise this information, but the Binance charity has been active for the past few days. We still need help to organize on-site logistics. ”

Zhao later said that the Binance team has contacted China’s largest e-commerce and logistics companies. The exchange ordered about 70,000 medical masks from other countries, but was faced with the fact that all masks were sold out in nearby regions, and so far only 8,000 could be found. The problem of sending them to Wuhan, which became the epicenter of the disease, also remains relevant.

In addition, on January 25, Krypital marketing service announced the launch of a charity initiative to purchase medical supplies. For this, the company will launch a system on the blockchain, which is supposed to improve the efficiency and transparency of the process.

Previously, Binance collected donations for the restoration of Notre Dame Cathedral in France, much of which was destroyed by fire.

Estimated income of bitcoin miners last year was about $ 5 billion

Bitcoin miners received approximately $ 5 billion of estimated total revenue in 2019. This is less than a year earlier, reports The Block.

The indicator includes $ 4.89 billion in the form of remuneration for the extracted blocks – 12.5 BTC for each. The rest (about $ 146 million) was provided by commission fees.

Analysts of the publication calculate this indicator, based on the fact that the miners immediately sell the received bitcoins. However, this is not entirely true, as some retain part of the extracted BTC or go into fiat later.

This year, presumably in May, the reward for the mined block will be halved – to 6.25 BTC. If the price of bitcoin does not increase to a similar extent, the income of miners will be significantly reduced.

One of Scandinavia’s oldest cryptocurrency exchanges, BTCX plans to conduct an IPO later this year to allow traditional investors to enter the market.

OTCar Soderstrom, CEO of the Swedish BTCX exchange, has confirmed that the company intends to conduct an initial public offering (IPO) before the end of the third quarter of 2020. To conduct an IPO, the exchange will attract Eminova Partners, a corporate finance consulting firm. Most likely, the IPO will be held in Sweden.

“Our goal is to spread BTC among a wide audience and bridge the gap between new and traditional finance,” Soderstrom notes. “Given the work in the field of new finance, listing a company along the traditional path looks like a natural step towards this goal.”

BTCX was launched in 2012 and trades BTC and ETH. The platform supports the “express exchange” tool, which allows transfers between digital and fiat currencies in a matter of minutes. Users must pass KYC / AML checks to use site services.

After the collapse of the ICO market in 2018, cryptocurrency companies are increasingly turning to more traditional ways to raise funds. IPOs, which are tightly regulated and usually accessible to most investors, allow companies to increase their attractiveness and reputation among more skeptical participants in the financial world.

“Choosing a traditional path can add additional transparency to the industry, which usually has a bad reputation in the public eye,” Soderstrom said.

“Choosing a traditional path can add additional transparency to the industry, which usually has a bad reputation in the public eye,” Soderstrom said.

More and more companies associated with the cryptocurrency industry are trying to conduct an IPO. Recall that the manufacturer of mining equipment Canaan Creative announced plans to conduct a public offering (IPO) on the US Nasdaq stock exchange last November. Bitmain also made an attempt to conduct an IPO in Hong Kong, but its application was rejected, and now the company plans to enter the US market with the guarantee of Deutsche Bank.

Australian Raiz Invest micro-investment platform, which allows customers to invest change from everyday purchases in financial products, will open a new fund with access to bitcoin.

According to George Lucas, CEO of Raiz Invest, the new fund will be represented by 5% with bitcoin, while the remaining 95% will be stocks, bonds, foreign exchange and other assets.

“In this distribution scheme, bitcoin is seen as an alternative asset class,” he said, adding that the fund’s launch is scheduled for June this year, and the American cryptocurrency exchange Gemini will act as the custodian of its assets.

The launch of the fund was approved by the Australian Securities and Investments Commission (ASIC). According to a local AFR publication, ASIC approval was the last condition for the foundation to open.

Raiz shares are listed on the Australian Stock Exchange (ASX), and the amount of assets managed by the company is $ 306 million, which it controls in the interests of 211,657 customers.

Currently, the company offers six portfolios, which are divided into “conservative” and “aggressive” in terms of risk. The minimum investment amount is $ 3.5.

Argo Blockchain, a mining company, reported a tenfold increase in revenue from bitcoin mining last year – over $ 11 million compared to $ 985,720 for 2018.

It is worth mentioning that Argo Blockchain shares have been listed on the London Stock Exchange since August 2018, however, the data presented in the press release have not yet been audited. The income statement will be published in April.

The company clarified that in the fourth quarter of 2019, it mined 432 BTC, earning revenue of 2.66 million pounds. In the third quarter, Argo mined 426 BTC, which is 6 BTC lower than last quarter. Despite this, the company’s revenue increased to 3.63 million pounds.

“Despite the worsening market conditions, the depreciation of cryptocurrencies and the increasing complexity of mining, we continue to demonstrate high rates in this industry. Our platform works according to the plan, and due to the expansion of Argo and the recent growth of bitcoin, this year we are determined to take the high bar and show decent results, ”said Argo CEO Peter Wall, explaining the reasons for the decline in profits at the end of the year .

Meanwhile, Argo is increasing its production capacity – today it has at its disposal 13,364 devices, including 6,375 Antminer T17 from Bitmain, installed since January 1. By the end of this quarter, Argo plans to launch another 3,625 miners of the same model. The company estimates that by connecting 17,000 devices, its computing power will increase from 380 to 650 petahashes per second.

Not all mining companies can “stay afloat” in the face of fierce competition. Last month, Canadian company Great North Data, which owns bitcoin and manages several data centers, filed for bankruptcy due to debt to creditors and federal authorities.

Thu Jan 30 , 2020
This post is also available in: РусскийCrypto News The digital currencies of the Central Banks (CBDC) were the subject of discussions at the 2020 World Economic Forum. ConsenSys released an official document outlining practical suggestions for launching CBDC based on the Ethereum blockchain: “We offer central banks to launch CBDC […] 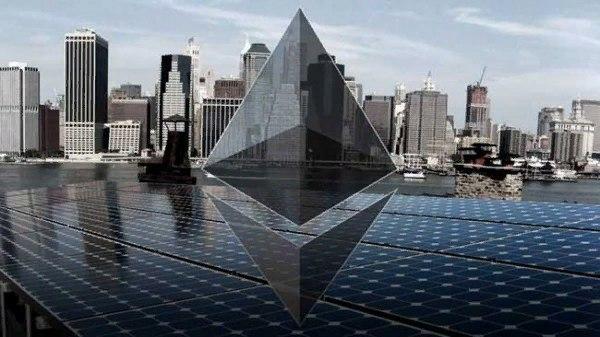