Bitmain, a Chinese mining company, earned more than $ 300 million in revenue during the first four months of 2020. This was written by 8btc with reference to local media that disclosed the company’s internal reporting on the eve of Labor Day on May 1. Presumably, in connection with the holiday, the company will give its employees bonuses of 70,000 yuan ($ 10,000) per person, for a total of “tens of millions of yuan.”

In the report, the company notes the growth in the area of business related to artificial intelligence, which is interesting because it was dealt with by the ousted director and co-founder of Bitmain Mikri Jean. The current leader, Cihan Wu, was skeptical about the AI business last October, as he requires a lot of money, and intended to continue to focus on the production of equipment for Bitcoin mining.

In addition, the message said that Bitmain managed to regain part of its market share with the opening of four new mining enterprises, which led to an increase in the computing power of two mining pools controlled by it.

Other miner manufacturers, including Canaan and Ebang, lowered their expectations for 2020, reflecting this in their financial statements. Canaan, the second largest miner manufacturer after Bitmain, focused on revenues of just over $ 8.5 million in the first quarter.

Whether the Bitmain business was profitable in the segment under review is unknown, since the company did not disclose any other financial information. In the first quarter of 2019, Bitmain allegedly earned more than $ 1 billion in revenue, with a net loss of $ 310 million.

The cost of transactions in Ethereum applications exceeded $ 12.8 billion 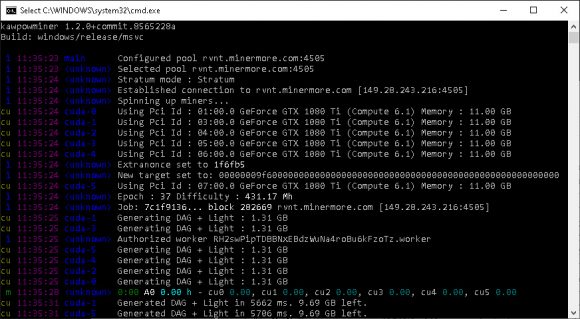