A couple of days ago, an updated version of Z-enemy 2.5 miner was released as an updated version, which added support for the KAWPOW algorithm, which now uses Ravencoin (RVN). The Z-ENEMY miner was not the first to support KAWPOW, and was not the fastest, as we used to see often when RVN used the older X16 algorithm. It’s nice to see that more work has been done with the miner, and the latest version of Z-ENEMY 2.6.1 is ready to regain fame in the good old days of Ravencoin mining, when it was our preferred choice for the X16 miner.

The latest Z-ENEMY updates regarding KAWPOW support provide faster initialization on installations with multiple GPUs, increase percent performance, smoother GPU / power loading and higher default intensity value, increased from 20 to 21 for the GTX series 1070/1080. as some different improvements in the miner interface and in general terms. In terms of performance, we are definitely seeing an improvement, although the miner may need to increase the hash rate even more to regain the place with the highest performance. 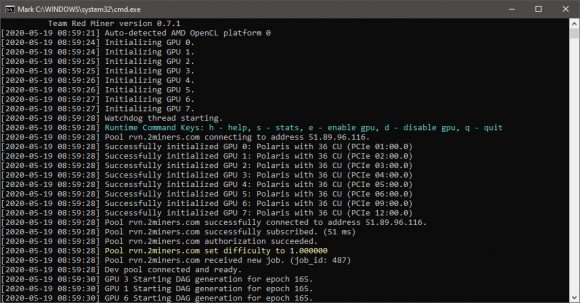