Unknown attackers introduced the MinerGate software into the “Unified Judicial Information and Telecommunication System” of the judicial administration of Ukraine and the server equipment of the “Information Judicial Systems” GP, using their capabilities for mining cryptocurrency. It is reported 368.media with reference to the materials of the criminal proceedings of the State Bureau of Investigation (RRG) of Ukraine.

The mining program was discovered during the search for the reasons why news disappeared from the websites of the courts and the web portal “Judicial Power of Ukraine” for the period from December 6 to 27 last year. At the same time, the e-mail service in the judicial administration and other bodies and institutions of the justice system did not work, and access to a number of electronic services provided by the Unified Judicial Information and Telecommunication System “Electronic Court” was also lacking.

It is reported that during the audit of computer and server equipment, the Security Service of Ukraine (SBU) officers established that the MinerGate program was introduced in early 2018 and, using the power and power of the judicial administration, led the hidden mining. What kind of cryptocurrency has been mined is not specified.

The program was also found on separate laptops of the ISS state-owned enterprise, which were used to set up servers, as well as Kiev ships. In addition, a special technical tool was revealed, with the help of which hidden audio recordings of conversations of others were carried out for a long time.

Recall that earlier in June, a criminal case was opened against a resident of the Chinese province of Heilongjiang, who was convicted of stealing electricity from an oil-producing installation for bitcoin mining.

Mon Jul 15 , 2019
This post is also available in: РусскийThe complexity of the extraction of the first cryptocurrency (Bitcoin) has reached an absolute historical maximum at around 9.06 trillion. Thus, when recalculating, the growth was 14%. It happened on July 9th. At that moment, the hashrate was slightly below the historical record reached […] 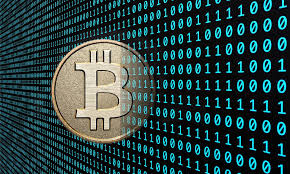