Coin Metrics researchers analyzed the Bitcoin Cash and Bitcoin SV halvings last week and drew parallels between the upcoming cryptocurrency halving in May.

As a result of halving the rewards to the miners, the BCH and BSV hashes immediately after these events fell noticeably (up to 73%). And although to date these indicators have recovered somewhat, they are still 50% less than the average levels in 2020.

This, in turn, led to the fact that the number of confirmations necessary in order to consider transactions final was doubled. For comparison, analysts say that bitcoin during the previous halving in 2016 did not experience a similar drop in the hashrate, although its short-term stagnation was still observed.

Increased time to create new blocks and a decrease in rewards to miners also led to a decrease in BCH and BSV emissions, which immediately after halving fell significantly below the expected levels of about 1.75%. Subsequently, the situation stabilized somewhat.

Emission volatility is due to the fact that BCH and BSV have a different mechanism for recalculating complexity from BTC: if bitcoin changes after 2016 mined blocks, then BCH and BSV recalculate after each block based on the average for the last 144 blocks.

With the drop in complexity and hashrate, the time spent by new blocks in BCH and BSV networks increased to about 30 minutes. So, in the days following after the Halving, instead of the expected 144, 55 and 54 blocks were found, respectively.

The BCH example, however, shows that recalculating the complexity after each block helps to fix this situation quickly:

Despite all these factors, Coin Metrics noted that in the days following after halving days, BCH and BSV did not observe price movements beyond the normal behavior of the rest of the market.

Nevertheless, if we talk about the upcoming halving of bitcoin, then it is extremely difficult to predict exactly how the network will behave and how this will affect the price, analysts conclude.

BitMEX records a drop in derivatives trading on Bitcoin (BTC)

Thu Apr 16 , 2020
This post is also available in: Русский GMiner v1.33 comes with added AMD support for BEAM mining (currently only for Windows), as well as improved performance for Grin29 / Aeternity and fixes. This is actually a fixed release of GMiner 1.32, which was quickly called up due to problems with […] 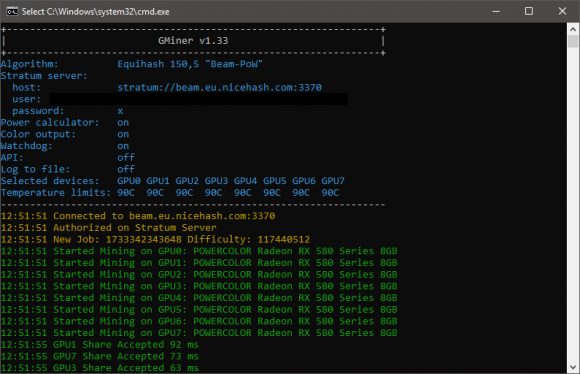