GMiner v1.33 comes with added AMD support for BEAM mining (currently only for Windows), as well as improved performance for Grin29 / Aeternity and fixes. This is actually a fixed release of GMiner 1.32, which was quickly called up due to problems with GRIN shortly after it became available, currently version 1.33 seems to be working fine. The performance you can expect from a BEAM miner (Equihash 150.5 algorithm) is very close to what you can achieve with lolMiner 0.7 alpha5, and both miners seem to work fine with respect to NieHash support. The performance of Cuckatoo 31 for mining Grin is still slower (almost twice) than the latest version of Bminer 15.0 provides, although GMiner is more stable.

GMiner Nvidia CUDA miner requires an Nvidia GPU with CUDA 5.0 or later computing capabilities, as well as support for CUDA 9.0 drivers. Please note that GMiner is a closed source miner for Nvidia GPUs with binary files available for both Windows and Linux, and the firmware also pays developers 2%. 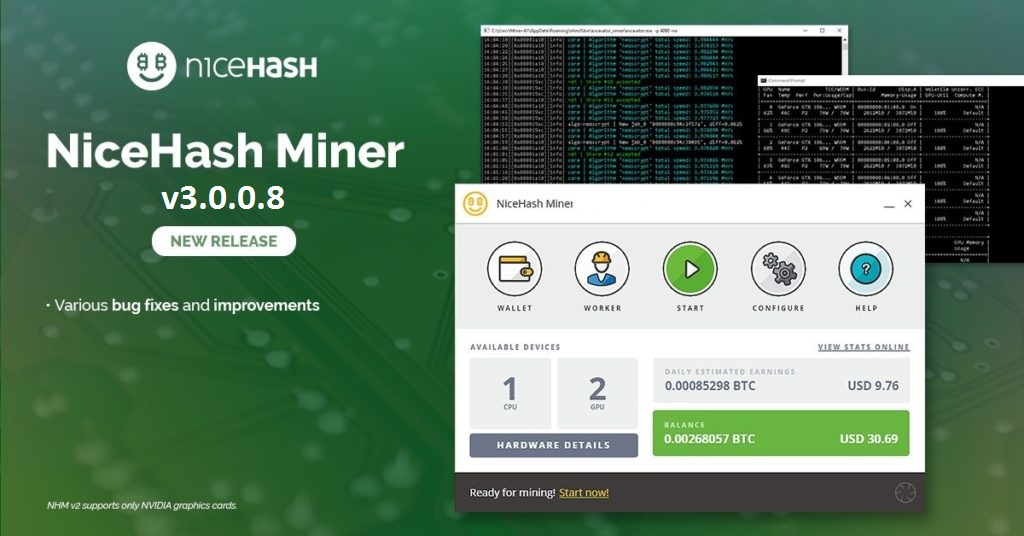