The latest release of XMRig 6.0.0-Beta comes with support for the KAWPOW algorithm used by Ravencoin (RVN) for AMD and Nvidia GPUs. Although we often associate XMRig with processor mining for RandomX, it also supports a number of algorithms and mining on GPUs. We tried KAWPOW support and, frankly, encountered some difficulties making it work on two different Radeon RX 580 mines, as well as on one GTX 1080 Ti installation, so we returned to using TeamRedMiner as the most efficient solution for AMD GPUs and T-Rex for Nvidia so far regarding RVN mining.

XMRig is an open source GPU miner available for Windows and Liunx operating systems, official precompiled binaries have a 1% development fee, although you can compile yourself with a zero board from the source code, if you wish, and you can.

Please note miners are often marked as malware by antivirus programs. This is not so, they are marked simply because they are cryptocurrency miners. If you do not trust the software, do not use it! 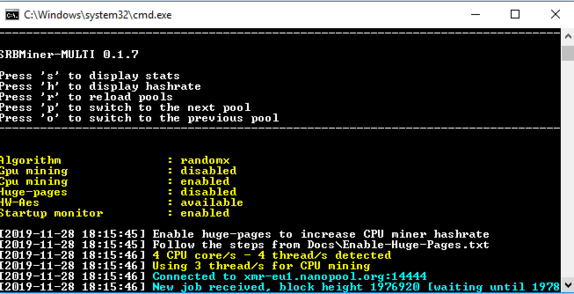