Now the latest GPU miner GMiner v2.04 has added support for the new KAWPOW mining algorithm, which RavenCoin (RVN) could / could / should / should have woken up around April. The KAWPOW algorithm is derived from ProgPOW with parameters specific to RavenCoin, so another miner with ProgPoW support will not work unless specific RVN support is added, as is the case with GMiner, which already has ProgPoW support, but needs to be updated for KAWPOW support. Please note that KAWPOW support is currently only available for Nvidia GPUs, and this also applies to ProgPoW. You can already test KAWPOW support on the RavenCoin test network to prepare your miner, but there the token of the RVNt testnet miner does not matter.

In addition to adding a new algorithm, the latest version of GMiner solves the problem that we noted in connection with high CPU utilization in Qitmeer support (PMEER). A new “-trim” parameter has been introduced to control an additional crop cycle counter for the Cuckoo24 (Qitmeer) algorithm, which should help reduce the load on the processor, so you can try and see if it helps if you have any mining settings on the GPU. with lower processors that have a high processor load.

How to disable commission (DevFee) in the miner:

Wed Apr 1 , 2020
This post is also available in: РусскийMarket Watch March 1st Yesterday, Bitcoin successfully passed resistance at $ 6,200, which allowed the bulls to strengthen their positions. Now the next short-term target for the asset will be the level of $ 6500, breaking through which will open the way to $ […] 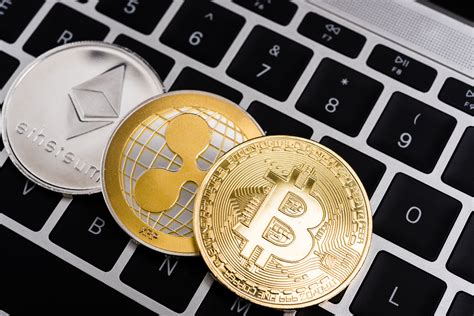