This is an optimized miner for AMD graphics cards only. The miner is configured only through a batch file (file with the .bat extension). You do not need to configure the configuration (there is auto-tuning).

A ready-made example (do not forget to change the wallet to yours!)

This is an optimized miner for AMD GPUs created by todxx and kerney666.

Below is a list of mining operating systems and management software that have built-in support for teamredminer:

This miner supports a range of algorithms. Please see the list below for details. The miner is configured via command line only, please run with the –help option to print a short help message for how to use the command line options.

This miner includes the following algorithms and their respective dev fees:

Some algorithms are not supported on some GPU architectures and/or drivers. Below is the compatiblity table:

The miner reports GPU hash rates every 30 seconds. These are the full GPU hash rates before dev fee deduction (your pool hashrate will be slightly lower).

The miner includes a read-only api based on the sgminer-5.5 API. Both the json and text formats are supported. For more details, we refer to the sgminer api documentation.

For reporting bugs and/or for features requests, please open an issue on this project’s github .

For example command lines please see the batch/shell scripts in the miner download packages. For command line options see the file that comes with the miner.

This release wraps up our work for 4GB gpus mining ethash. Linux 4GB are verified to mine up to and including epoch 381 on drivers 18.50/19.30/19.50/20.10. After that, we have added support for extended mining from epoch 382 and up. Extended mining is a trade-off between hashrate and being able to mine at all, gpus will lose additional hashrate for every extra epoch. Please see the Linux section in the ETHASH_4GB_HOWTO.txt for more details and instructions.

Thu Oct 22 , 2020
This post is also available in: РусскийNBMiner – is a closed source GPU miner for Nvidia CUDA and now AMD, which is available for both Windows and Linux operating systems and has the following embedded developer board: tensority_ethash 3%, tensority (Pascal) 2%, tensority ( Turing) 3%, ethash 0.65%, cuckaroo & […] 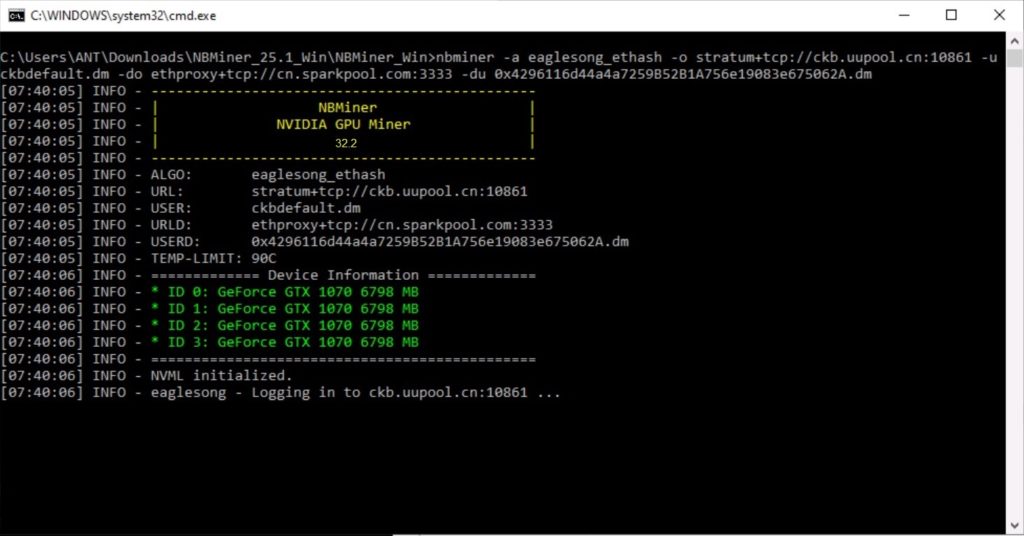