Litecoin creator Charlie Lee once again warned investors about the importance of taking into account the attendant risks when working with cryptocurrencies.

In an interview with the Crypto Love YouTube channel, Lee returned to the topic of warnings voiced by him at the end of 2017, when the price of Litecoin and other cryptocurrencies was at its peak.

“Cryptocurrencies really carry significant risks. I have witnessed a lot of bear markets or a 90% drop. When Litecoin traded around $ 200, I said that it could collapse to $ 20. When the price drops, a lot of uncertain investors come out, and those who bought about $ 200 and higher and sold for $ 20 lost 90% of their portfolio. If you can’t survive a 90% drop, don’t buy, ”Lee said.

Litecoin approached $ 20 last December and currently trades around $ 120. Lee hopes that the cryptocurrency has already reached its minimum for the current cycle.

He also touched upon the upcoming litecoin chalvöning, which is less than a month away.

“Halvening is always a kind of shock to the system. After reducing the reward for miners by half, some of them will lose profitability and will be forced to turn off their equipment. If it makes a big percentage, the release of blocks will slow down for a while. In the case of Litecoin, a change in complexity occurs every three and a half days, so there is a likelihood that units will be slowed down by seven days, after which everything will be fine, ”he said.

At the same time, Li assumes that the future reduction of Litecoin emissions by now should be reflected in the price of cryptocurrency.

“Everyone knew about his approach from the very beginning. But the point is that people expect to see price increases. Therefore, many of them buy, as they expect that the price will go up. This is a self-fulfilling prophecy – the price really goes up because they are buying, ”added Lee.

Sat Jul 20 , 2019
In the case of decentralized digital assets, the genie is released from the bottle. Bitcoin or some kind of it will change money forever, transform the global financial system and in the process is very likely to reorganize global geopolitics. 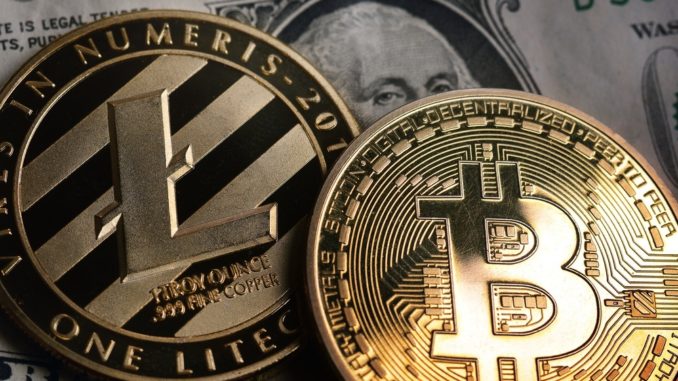